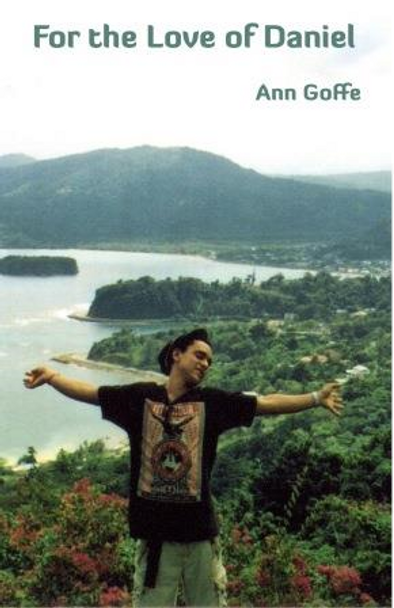 the power of love … and the possibility of happy endings
Daniel was a charismatic bundle of walking contradictions. Socially anxious, widely popular, he lived with the sensitivity of an angel, and the self-destructiveness of a demon. By his early teenage years, he had been diagnosed with bipolar and anxiety disorders, ADD and alcohol dependency. By his late teens, he was a high school dropout and an opiate addict. At the same time, he was beloved and revered by his community of peers. To the world, he bore all the trappings of failure. But to his close-knit, far-flung friends he was a star and a legend; an irresistible, unforgettable, irreplaceable friend. Daniel died at age 23 from a drug overdose. For the Love of Daniel is an account of his life--a roller coaster ride of sadness and joy, heartache and solace, laughter, tears, tumult and rest. It is also a careful account of Daniel’s afterlife, and the chain of extraordinary events that moved the hearts and consciousness of those who grieved him. Most of the book is a love story, Daniel’s testament to the unalterable immense power of love, which offers even ultimate human tragedies a softer landing, the possibility of a happy ending.

Given in Love: For Mothers who are choosing an adoption plan

Love and Remembrance: A Journal for Bereaved Parents

MSRP:
Now: $5.00
Was: $7.95
* SPECIAL SALE - WHILE SUPPLIES LAST * Margot, a bereaved parent, created this healing journal. A meaningful journal/family keepsake that includes thoughts from mom and dad, siblings, and...

MSRP:
Now: $9.95
Was:
REVISED 2022 From “A Note to Parents and Caregivers”:“This activity book is for children who have had someone significant die in their life.  Children today are faced with uncertainty and have...

Rare Bird: A Memoir of Loss and Love

Someone I Love Died from a Drug Overdose

MSRP:
Now: $9.95
Was:
Someone I Love Died from a Drug Overdose Accidental substance overdoses continue to rise across our country, leaving families at a loss as to how to tell and assist the children that are grieving...

Slightly Damaged Copies of November Mourning: A mother’s journey to find comfort and solace following the death of her son

MSRP:
Now: $5.00
Was: $12.95
*** SLIGHTLY DAMAGED COPIES  (GROOVES & MARKINGS ON FRONT COVER OF ONE, WHERE IT LOOKS LIKE SOMEONE USED AS A BACKING TO WRITE SOMETHING DOWN, AND CHIPS ON BINDING UPPER LEFT OF THE OTHER,...

Life After the Death of My Son

MSRP:
Now: $6.95
Was:
30 Things I Want You To Know – Living Beyond Suicide-Helping Yourself or Helping A Friend For most of us called upon to be with a grieving friend, it isn’t the big stuff (a death denying...

From Despair to Hope: Survival Guide for Bereaved Parents

MSRP:
Now: $15.00
Was:
This is a must have book for every newly bereaved parent. Written by a mother who lost a son, the book offers help, hope and guidance to those facing the crippling emotions that come with the loss of...

The Unspeakable Loss: How Do You Live After a Child Dies?

MSRP:
Now: $18.99
Was:
Support, Guidance, and Wisdom From Others Who Have Been There Charting the long path from the worst possible nightmare, shock, trauma, and overwhelming pain, to a life that once again miraculously...

You Are the Mother of All Mothers: A Message of Hope for the Grieving Heart

MSRP:
Now: $23.95
Was:
A beautifully written book for all mother’s whose child has died. Angela writes from the heart and lets mothers know that they are not alone in this battle. Every page is filled with support,...